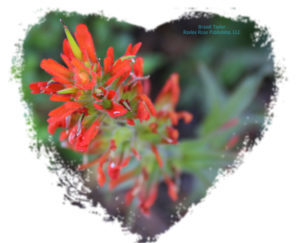 I titled this my heart because my heart is what aches after this morning’s mad rush to get the Valentine’s done for the Kindergartener that had to be done today.  No help from the colored printer that decided today was the morning to not work.  We got them done quickly; it was a family event and I guess it was a good thing they did not need the students names.  Although, I feel Valentine’s without names is one step closer to loosing social connections kids need it was not the sting of the morning.

Yesterday I got the first phone call home from school.  Well I guess it was technically the second.  The first time he got in trouble for kissing.  I guess at least it was not hurting someone although I found it highly ironic that the phone call was as if he had hurt someone and the phone calls don’t come when kids get physically injured at school.  This time he had “assisted” a little girl down the fireman pole.  Yes, the same one he reportedly JUMPED off of last week sustained injury and no phone call home.  I’m sure he tried to reason with her and asked her to move or take her turn but the fear had her…he thought he was just helping her down.  So we tried to explain that it was not helpful and that he needed to wait his turn patiently next time.  It is Kinder that happens and she did not get hurt and he had his timeout at school.  Moving on.

Then the second part of the phone call.  He has been making animal noises and other noises and distracting the class.  No not my kid, annoying, all be.  My rebuttal is well that is a sensory seeking he is probably bothered by the noise in the class and the rain that has been pounding on the roof for days now.  “Well I need you to talk to him.”  I’m sure that will solve all the problems, right.  My magical super mom powers will make the noises stop just like it does at home, lol.  He has OT next week, hopefully that will help.  Well he is apparently the ONLY one in the classroom that is being distracting and making noises, everyone else was quiet.

I just have got to laugh of course to keep myself from crying.  I had no idea my kid had the potential to be annoying and not stop when asked.  I had no idea this was coming…hence my asking for an IEP before school started.  My inner voice is only cheering slightly as my outer self says, I told you so.  Maybe now that it is annoying to you we can move forward with my son’s educational needs.

Here’s the link to the cute Valentine’s.  We added his favorite Paw Patrol stickers!!